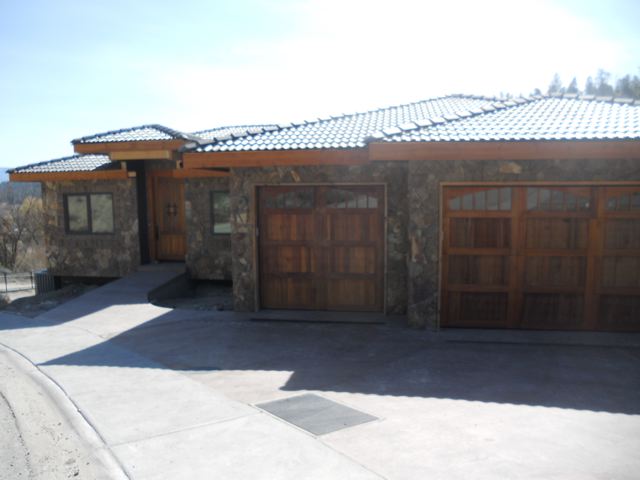 When I was in the Okanagan at Easter I toured around Sedona Heights to check out all the latest activity. And there has been a lot going on. One of the houses that my brother built sold part way through construction. It’s complete now and the new owners have moved in. Another home is well underway and looks like it will be sold this week. And one of the houses in the development has been listed for nearly a million dollars! You can take a peek inside that home on the realtor’s site. I’ve uploaded some new pics to the Sedona Heights Facebook page too. Check them out.

Looks like game on for the former Glenfir school site. The BC Youth Baseball Legacy Complex is in negotiations to purchase the private school’s buildings and grounds. The league plans to open the Wave International Baseball/ Softball Academy there. They are also looking to acquire some of the former Summerland Hills Golf Resort land for additional playing fields. Students, from grade 9 up, will be recruited from around the world. Craig Dunbar, former Glenfir principal will develop the academic program. The baseball school will be a wonderful addition to the community. Sedona Heights will welcome its new neighbour. More info here.

Christmas in the Okanagan

A couple years ago, my whole family spent Christmas at my brother’s condo on Apex Mountain in the Okanagan. I grew up skiing there, and it’s still my favourite mountain, even though it has changed a lot. Back then we used to slide down the bunny hill in the evenings, on 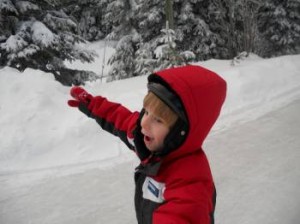 trays from the cafeteria. Now they have a full-on tube park, open night and day. Not sure who loves it more, me or my young nephew. They also have a skating rink. There was a friendly hockey game in progress when we were there, so we headed over to the skating trail that loops through the forest. It was absolutely beautiful, with snow laden trees and a little creek running along side us.

The next day, I went cross country skiing with friends, a ten minute drive away. Some of the gang went downhill skiing. There’s a range of runs and lifts and no line-ups! The weather was perfect, so was the snow.

Heading up to the Okanagan for Christmas next week. The whole family together again. Can’t wait to hop into the inner tubes with my nephew.

I was reading the Summerland Visitor’s Guide recently and found a great article on Summerland’s agricultural history. In the 1800s, Summerland was known for its “fruit ranches.”  Some of those same pioneer families are still farming today. If you drive through Summerland you’ll see dense fruit orchards, as well as many vineyards, and what are known as the upscale ground crops. Those crops include fancy, multi-coloured carrots, purple potatoes and the mixed salad greens you’ll find in many Summerland restaurants, paired with local wines and cheeses. You’ll also find these home grown products at fruit stands throughout the community and at the Summerland Farmers Market, which happens every Tuesday morning from May through October at downtown Memorial Park. Here’s something else I didn’t know, Summerland has an orchard that is RV friendly and the World’s Tallest Orchard Ladder. Probably the only town with that claim, or should I say climb to fame. 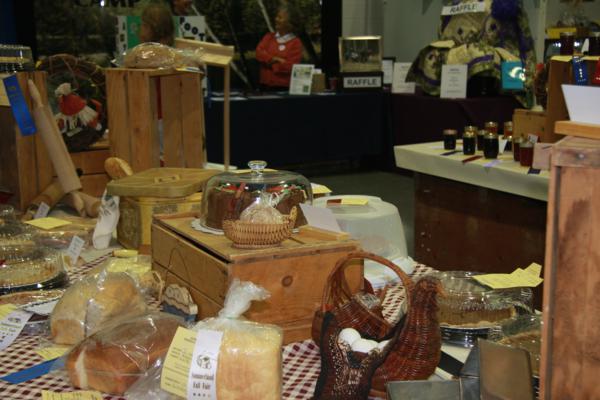 The Summerland Fall Fair takes place September 8th and 9th at the Curling Club. The wine and food pairing competition was a huge hit last year. People were packed in shoulder to shoulder to see their favourite local wineries and restaurants create the perfect match. The Fair features exhibits, workshops, including a Pioneer Workshop (!?), local entertainment, small animal 4-H displays and a whole lot more according to their web site. And for a change of scenery, you might check out Pentastic, the Hot Jazz festival in Penticton, same weekend.

A few years ago I was in Penticton for the Ironman competition. A friend of mine was attempting the challenging swim/bike/run event for the first time. I was amazed by how supportive the community was. People station themselves along the course with lawn chairs and coolers and cheer all day long. When my friend appeared on the run, the final portion of the race (a mere marathon to go), I ran alongside her in my flip flops. I was quickly shooed away by one  of the race police, pacing is prohibited. As I could barely breathe after running 50 metres, I doubt that I was setting any pace. It was fun being a part of it all though and then having a good cry in the evening when the brave racers cross the finish line.

I think my brother feels a little like an Ironman these days. Creating a community from the ground up is certainly an endurance test. Todd dove in to the Sedona Heights project with energy and enthusiasm. He cycled through a long and arduous process with the municipal and regional governments. And now he’s hitting his stride on the final segment of the journey, the finish line in view, many beautiful new homes dotting the landscape, family cheering on the sidelines.

This Sunday, more than 2,800 athletes will compete in the 30th anniversary edition of Subaru Ironman Canada. If you’re in town for the race and are thinking about living in the area permanently, check out Sedona Heights in Summerland.

Holiday in the Land of Summer

Day One: Visit with young farmers at Claremont Ranch Organics in Kelowna. Dinner at the Gasthaus in Peachland. (Optional add on: winery/vineyard tour)

Day Two: Run part of Ironman route along Skaha Lake. Drive through Upper Bench on the way to Naramata, checking out fruit stands in search of apricots. (Optional add on: winery/vineyard tour)

Day Five: Penticton Farmers Market in the morning. Out on the boat. Picnic at Sun-Oka Beach in Summerland. (Optional add on: winery/vineyard tour)

Day Seven: Back to Van. Stop at Keremeos to stock up on more fruit and veggies. (Optional add on: winery/vineyard tour) 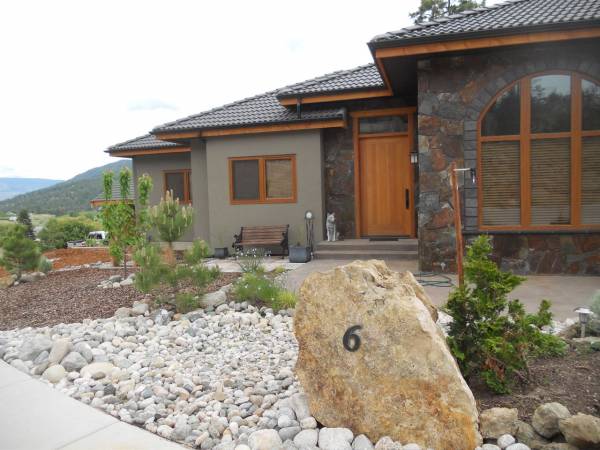 Landscaping is often left to the last, but puts the finishing touch on a new home. Albertine and Jim have done a beautiful job on their landscaping at Sedona Heights. They’ve used a lovely mix of drought resistant plants and shrubs at the front. I was delighted to see the vegetable garden and the young fruit tree at the side of their home too. 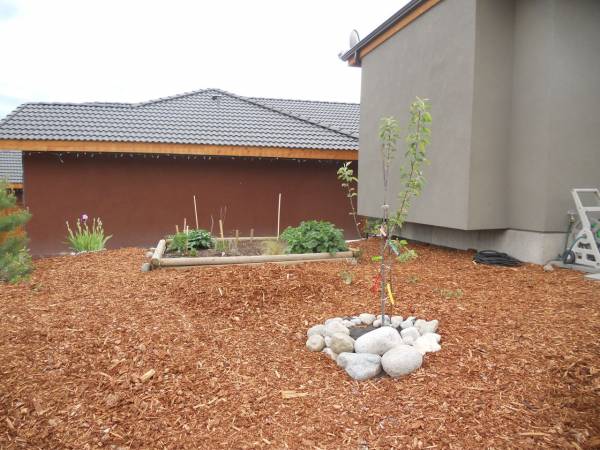 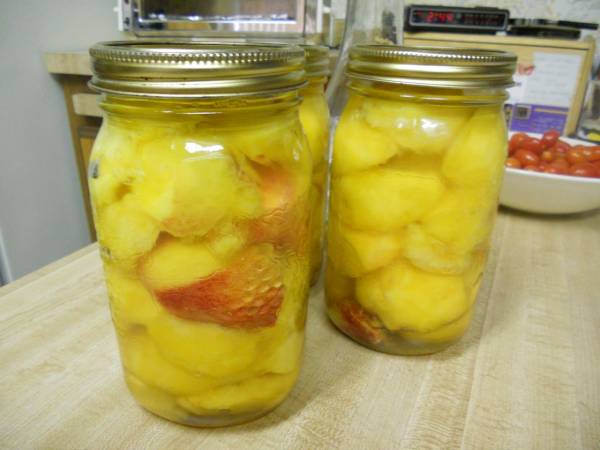 Growing up in the Okanagan, we always looked forward to the Penticton Peach Festival , especially the parade and the fair rides. That festival is still going strong today, with many of the same beloved activities. Parades, square dancing, sandcastle competition, and music too. Lighthouse, one of my old favourite bands, is on the roster this year. There’s a lot more for the whole family and no admission charge.

Penticton also has its own brand of royalty, and Miss Penticton will be crowned during Peach Fest. I believe she used to be called Peach Queen. I was Miss Rotary one year and got to ride on the float in the parade! Still love the parade, there’s a regular one and a kiddie parade now. There are very few rides I can stomach anymore though. I tried the Octopus with my nephew last year but I embarrassed him with all my screaming. “Let me off, let me off now!” 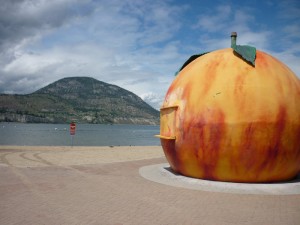 While this festival began as a celebration of the peach, you may be hard pressed to find one at the venues. Except for the Giant Peach concession at Okanagan Lake. But they are in season, so check the fruit stands and farmers markets. The 65th annual Peach Fest runs August 8th to 12th.

A Blast from the Past 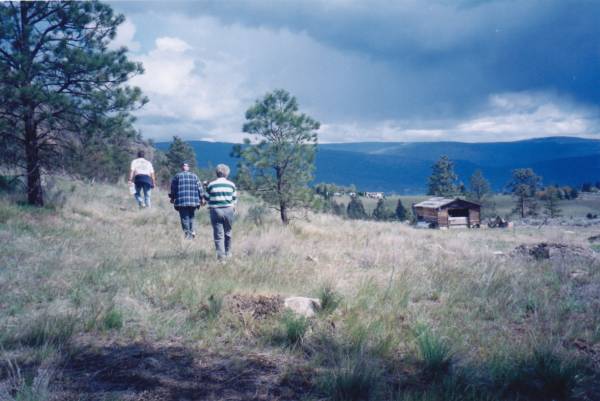 A walk through the property, envisioning what it could become.

I pulled out a few pictures from my Dad’s photoalbum, to show how far Todd has come with Sedona Heights. A friend of my Dad’s asked Todd if he was drunk when he first bought the hillside property in Summerland, BC. He was renting big equipment from him to terrace and prepare the land for a luxury home development that would be surrounded by lush green orchards and have breathtaking views of Okanagan Lake. Todd spent 20 years overcoming endless hurdles from City Hall to the regional district and others. And then there was the rock, a whole lot of blasting had to be done before the dream neighbourhood would begin to take shape. Now those giant boulders just fit perfectly into the natural semi desert landscape. 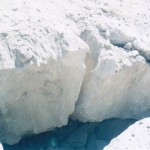 Large rock broken up after blasting. 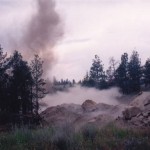 Rock blasting to prepare the land at Sedona Heights.